February’s Contractor of the Month is Stacey Hou, a Financial Analyst turned Data Analyst at one of Swoon’s clients, a consumer credit reporting agency in Boston.

Stacey started her Swoon journey when she applied to a role online and started working with Beth Suchocki. Beth and team offered advice, provided sample questions to ask during interviews, and checked-in throughout the process. In fact, Stacey was deciding on concurrent offers and Beth negotiated a more favorable package, ultimately sealing the deal for Stacey.

When starting as a Financial Analyst, a typical workday for Stacey included data entry and reporting, financial journaling, auditing and transactions. As she became more familiar with her role, Stacey realized due to her background in coding, that she was able to automate a lot of her work. Her boss was very supportive and began to assign Stacey additional tasks in business intelligence, coding and data analysis fields.

Stacey was then offered a full-time position with the client as a Data Analyst and her new position started this month! She now supports the business in quantitative data and coding to improve efficiencies.

“My favorite part about the job is the flexibility to identify the optimal way of doing a project and being able to run with it. I am not set to doing everything by a certain set of rules, and this empowers me to go a more creative and passionate route,” Stacey said.

We at Swoon would like to congratulate Stacey on her success and wish her well in her new, full-time role!

Fun Facts: Stacey has a three-pound toy poodle named Luna and a rescue Chinchilla named Bubbles! She loves music and works as an event pianist and church organist in her spare time. 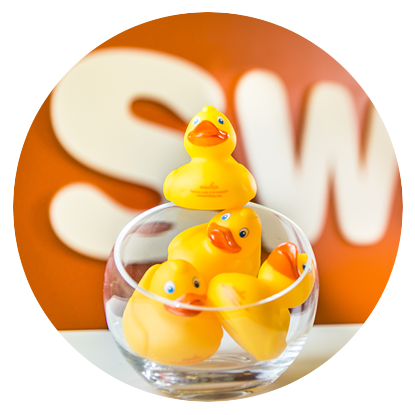 Stay up to date with everything happening with Swoon, our contractors and the staffing industry. Sign up for our newsletter today!